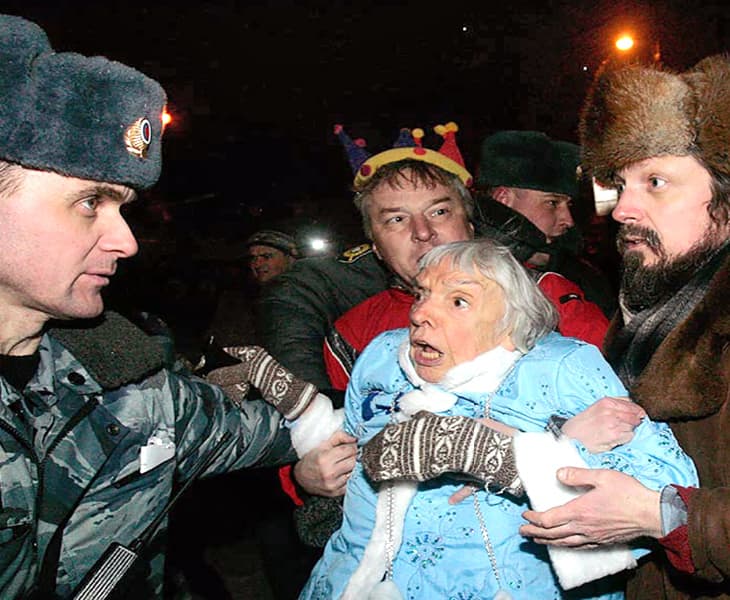 A true icon of the human rights movement in Russia, Lyudmila Alexeyeva was also a stunning storyteller. In this film we see her as a lively and captivating woman, and we learn the source of inspiration for her “poems”. Most important, however, we see how even though she grew up a model Soviet schoolgirl and member of the Communist Party, she later went on to be a co-founder of the Moscow Helsinki Group, which is still Russia’s leading human rights organization. This film is a fascinating journey filled with complex historical scenes that give us a chance to ponder wisdom, compassion, human dignity and love. 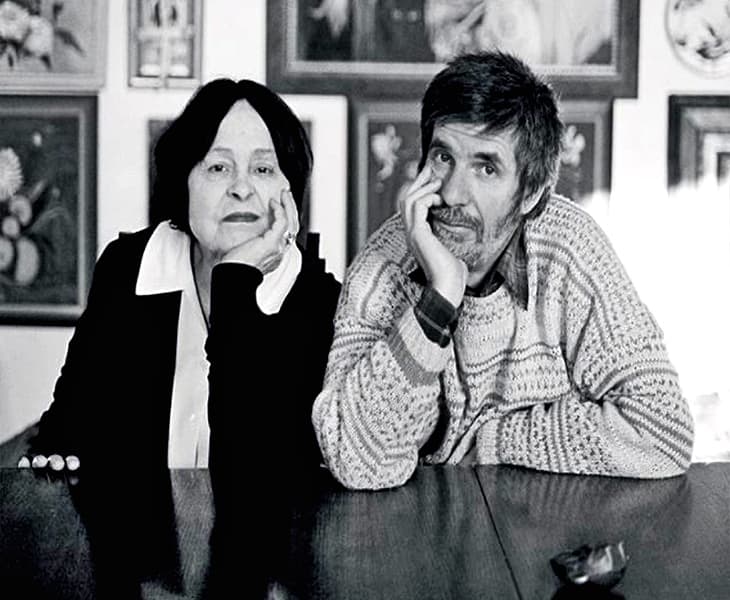 Kira Muratova was never a fan of giving interviews, and her husband, the artist and scriptwriter Yevgeny Golubenko, also doesn’t see any point in discussing the famous film director’s life. Everything she wanted to say has been invested in her brilliant films. Nevertheless, Kira Muratova’s beautiful castle – her home that was created by a talented artist – speaks volumes about her life, almost against her will. 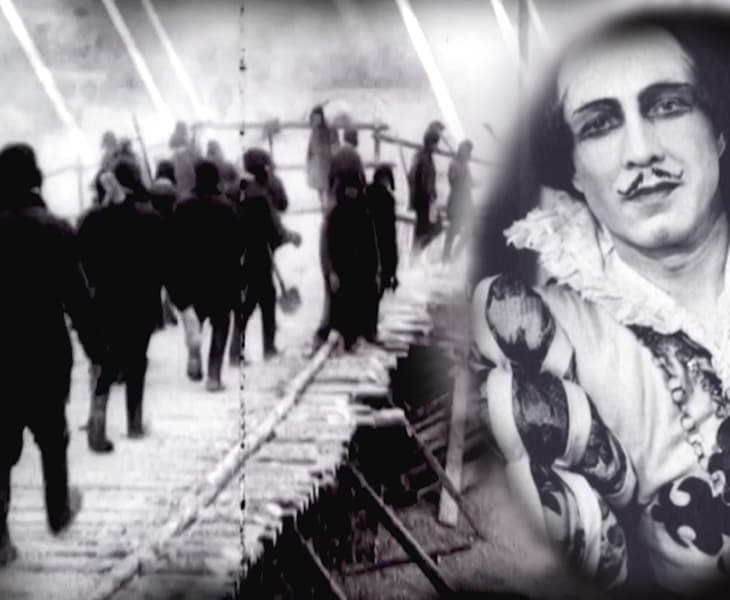 In 1943, a the height of World War II, when Stalinist repression remained at full force, the Vorkuta Camp Theater was founded. Every day, talented actors, artists and musicians were led out of their barracks at gunpoint in order to perform merry musical productions, which in fact was nothing but a theater of the absurd. By the War’s end, the theater, comprised of about 150 performers, had put on more than 600 shows and concerts. This horrifying, but in some ways joyful story, demonstrates that even in the worst conditions, thanks to talent and perseverance, the human spirit can survive. 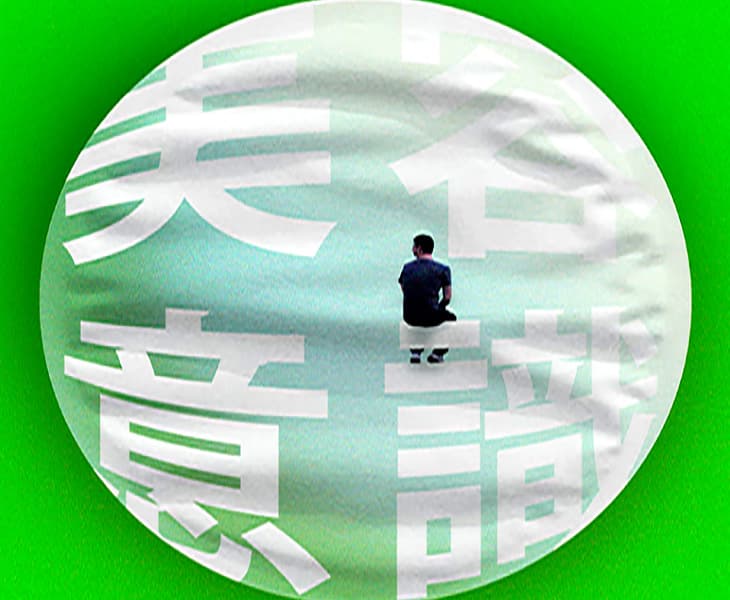 Lake Baikal, the largest freshwater body of water in the world, is under threat from industrial pollution, agricultural run-off and other environmental problems, including nearby mining activities and possible oil and gas exploration. There is also the threat of construction to build a huge pipeline to export Baikal’s water to China. The film, “Awareness of Beauty,” tells a modern-day story of Baikal and its people. 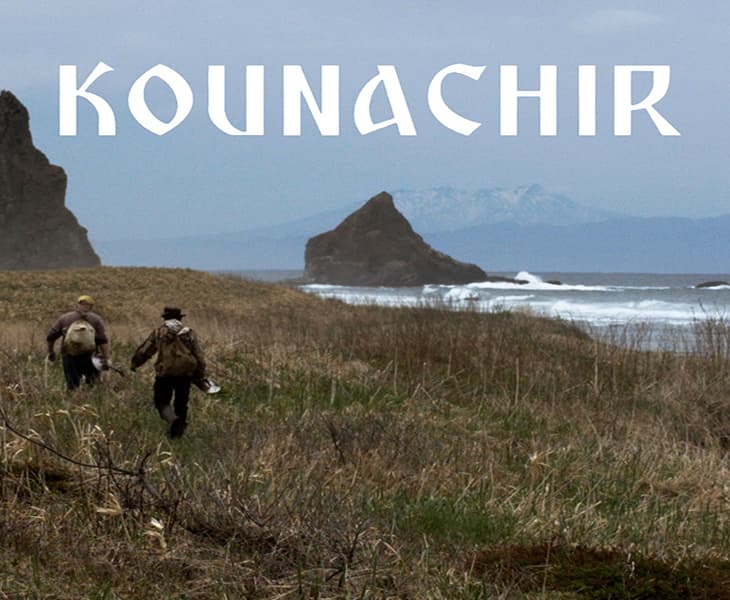 Less than 9 miles off of Japan’s coast is Kunashiri, one of the two main islands of the Kuril Islands archipelago. Following the defeat of Imperial Japan in World War II, Kunashiri was annexed by the Soviet Union. A year later, after a short period of cohabitation, the 17,000 Japanese living on this island were all deported. Even though 75 years have passed since the War’s end, there’s still no official peace agreement between the two countries.

This film was made with the participation of Vià Vosges, with support from the New Aquitaine Region, in partnership with the CNC, the Occitania Pyrenees-Mediterranean Region, PROCIREP-Producers' Society and ANGOA, and the Documentary School of Lussas (Ardèche Image). This film collaborated with the CNC's Audiovisual Innovation Fund, and also had support from Pictanovo. 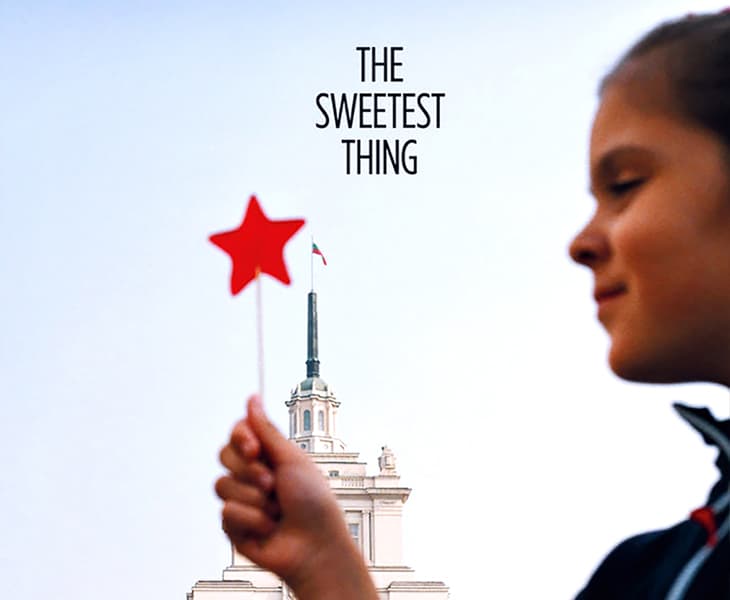 One pilot. One poet. One flight attendant. An enchanted television tower. Two professors. Two Olympic champions. Two collectors of imported chocolate wrappers. The number of actors - 8 mil-lion. A little over 30 years has passed since the fall of the Berlin Wall and the end of the Soviet re-gime that kept the Bulgaria people in bondage. In this film, a multitude of funny and sad stories are told through endearing human portraits conducted in cinematic conversations about an era that we should not forget. 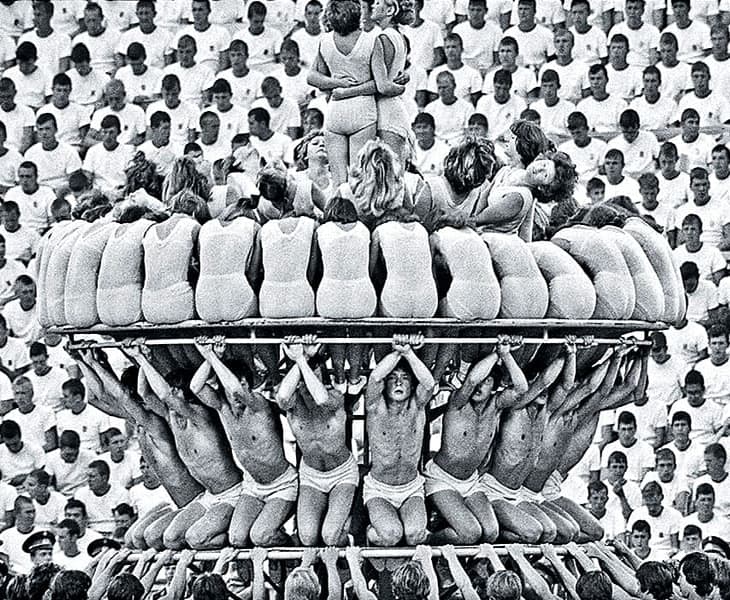 What was Stalin’s main ‘shamanic’ secret? How was the 20th century’s cruelest dictator able to re-press his own country, murder his own people, terrorize half the world – and yet inspire some to love him as a saint? 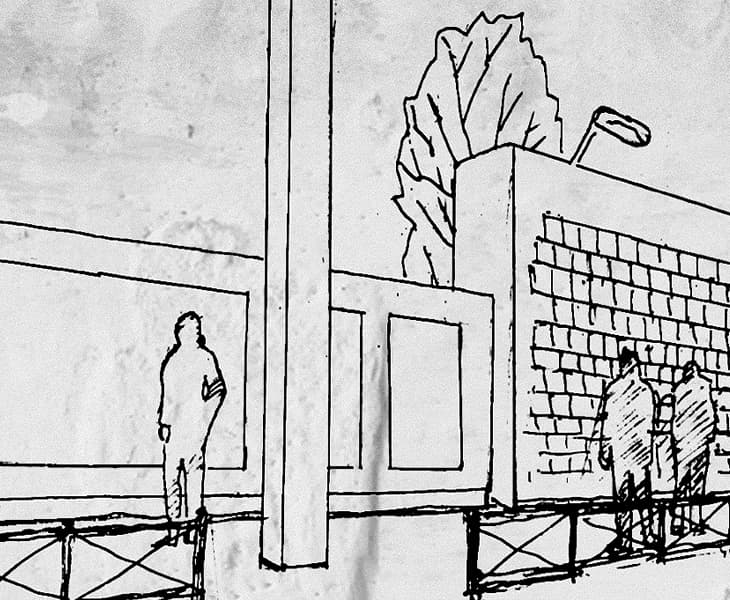 Vladimir Ovchinnikov is the ‘Russian Banksy’ – a street artist and a political activist. Because of his art, hundreds of tourists have visited Borovsk, an old Russian town. On the town’s walls he paints the portraits of famous Russian writers and historical figures, as well as photographs of Borovsk’s citizens killed during Stalin’s dictatorship. These painted images, however, are regularly destroyed by officials. But the will of the artist is irrepressible, and he recreates them over and over again.

The film was produced with the support of the Heinrich Böll Foundation. 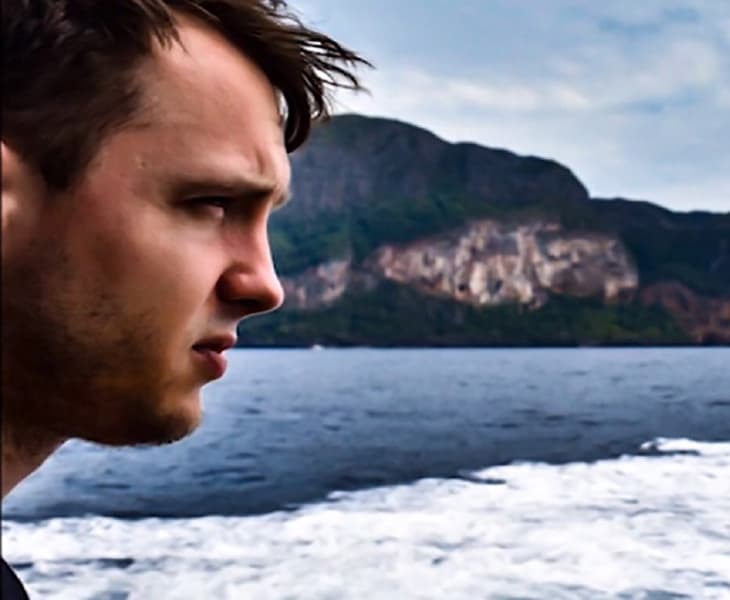 How and for what reasons do our dear children turn into difficult adolescents? At what point does their point of maturity arrive, and why do they struggle to show respect for their parents? One must live an entire lifetime to answer these questions. Only cinema has the power to make time disap-pear, and a simple conversation between a father and son becomes a dialogue between genera-tions. 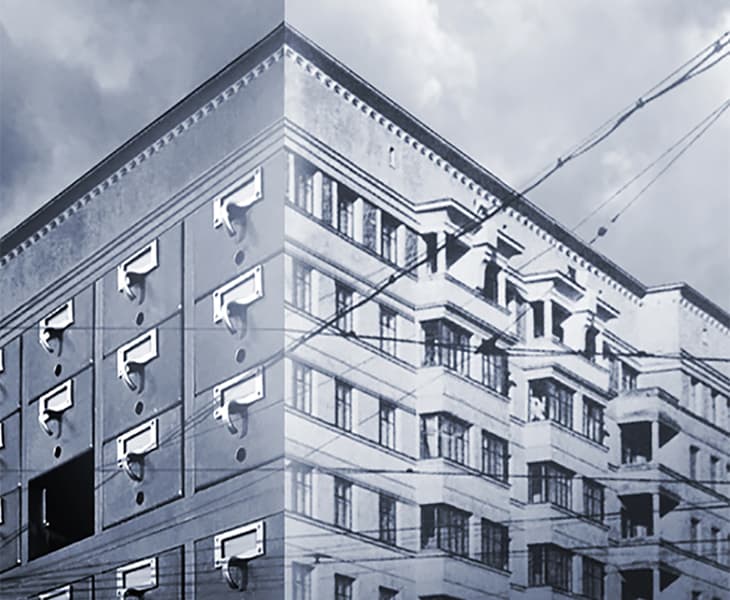 In the tragic year of the Great Purge of 1937, many tenants of Moscow’s first cooperative residential building fell victim to the Stalinist repression. The film’s plot is based on interviews with some who witnessed those times. The main idea was inspired by Dmitry Belanovsky, whose family moved into the house in 1939, into the apartment of a family that had been arrested by the NKVD and vanished into the Gulag. Belanovsky undertook his own investigation, which took 20 years. 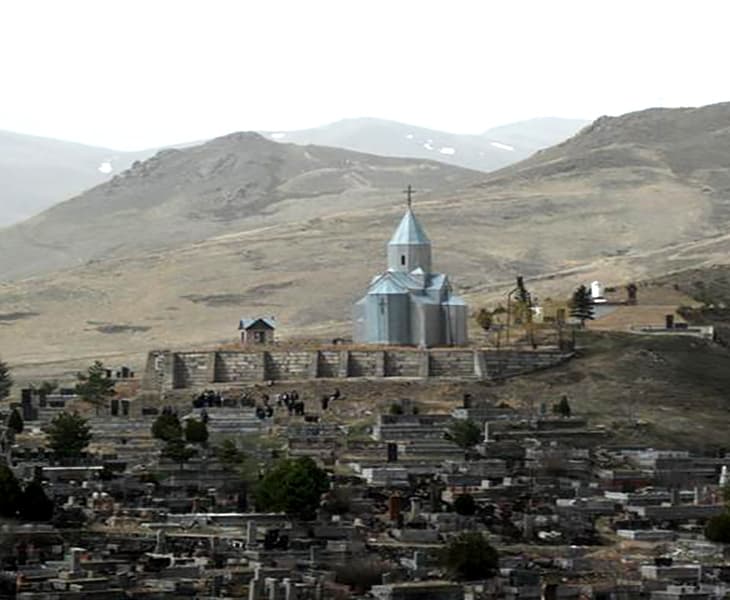 Nearly 30 years ago, Spitak was devastated by a terrible earthquake, and tens of thousands of people died. The survivors seem frozen in this period forever, and today Spitak is a city of the dead. Pargev Manukyan's family lives opposite the huge Spitak cemetery – and it seems as if some unknown force does not allow them to escape the despair and poverty. 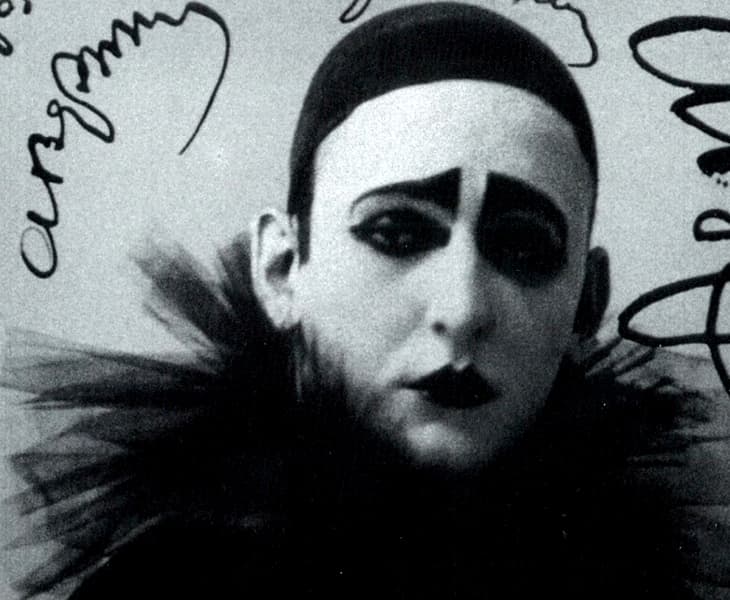 Alexander Vertinsky was a famous émigré singer and actor, the very symbol of the Russian Silver Era. This film captures the story of his life in the Russian Empire, as well as in exile in China and Europe. The details of his life are meticulously pieced together by utilizing his memoirs, letters, and unique archival materials.

The film is dedicated to the 130th anniversary of Vertinsky’s birth. 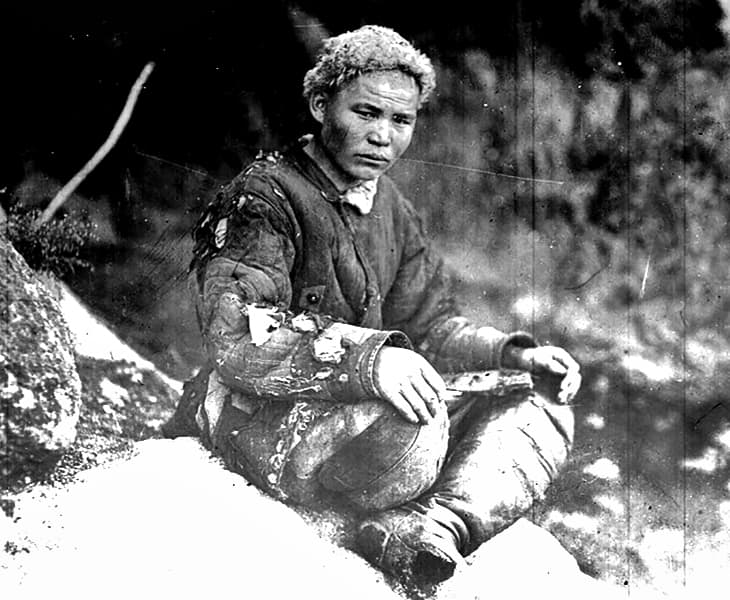 “Zulmat” means “tragedy” in the Kazakh language. The famine of the 1920-30s in Soviet Kazakhstan was a genuine genocide of this nation, once the largest among Asian nations of the Soviet Union. As a result of the “Zulmat” about 4 million people died in just ten years. The film tells about this horrible tragedy, about the Soviet Union’s repressive collectivization, and the brutality of Stalin’s dictatorship. 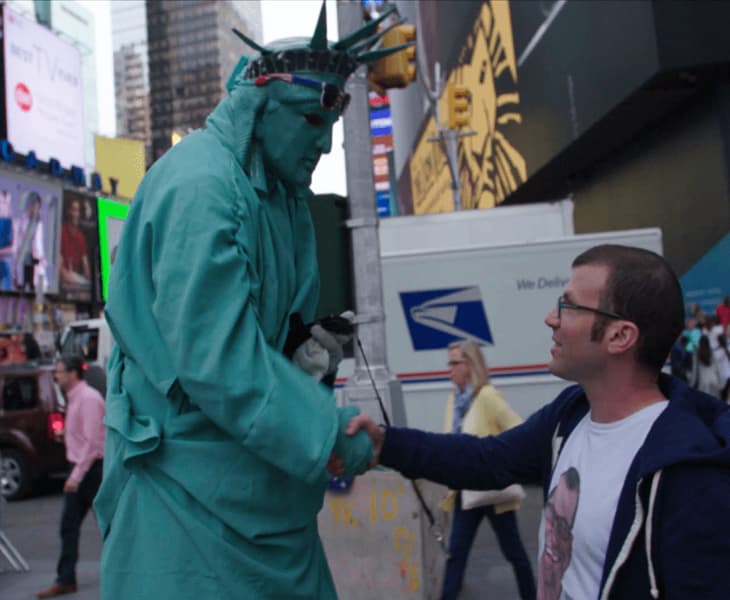 Itamar Rose, a satirical-activist creator and a failed YouTuber, sets out to uncover the secret of how a video goes viral on YouTube, and reach 100 million views. With dark humor and caustic wit, Rose takes us (and his family) on a wild global journey to the evolution of YouTube. From surprising encounters with legendary viral YouTube stars, to the YouTubers industry and into the forces and dynamics behind the screen - Rose reveals the untold truths about how YouTube and the viral world really works.

The film was made with support of Yes Docu, The Yehoshua Rabinovich Foundation for the Arts, Tel Aviv, Arte Germany, ZDP Germany.

Held annually since 2008 in New York, the festival is a non-profit platform promoting creative dialogue among documentary filmmakers.
read more »

Subscribe to our newsletter to get notified of our future events.