The 20th year of the 21st century has seen enough momentous events and changes for an entire era. While our world has changed dramatically, those essential cultural values that need to be preserved have remained, and a new, fresh look at common civilizational issues has emerged, which must also be given attention.

Along with the World, our Festival also is changing and developing. The Festival plays an important role in helping the public to address and understand the core values of Culture. In this regard, the 2021 festival’s program will increase the number of films re-lated to our civilization’s cultural heritage.

We’ll expand the usual RUSDOCFILMFEST program by reflecting on the theme of Russian culture and literature – “In the beginning was the Word”, and so, we’re creating a new program called “Eternal Values”. Its context is the development and preservation of the cultural heritage of the global, multi-ethnic Russian-speaking diaspora.

The program will feature films that reflect the meaning of the notion of “World Culture”. These will be films that unite people from different countries, speaking different languages and with different political views that reflect that period of time. Thanks to the universal language of cinema, we believe we can establish a common dialogue that will prove interesting to our viewers.

Technological development is the second important aspect of “Re-imagination”. Emerging technologies are dramatically changing our lives and our worldview, and young people are strong proponents of this development. Through their eyes we can look at the “Old World” and discover new angles, “unusual in the familiar”.

It’s precisely young people who embrace technologies such as 3D, VR, AR, and 360-degree cameras, and it’s precisely they who utilize the new capabilities of digital video, sound, and light technology. It’s they who develop new languages of cinema that will influence the medium in the future. And our goal is not to waste this chance.

We laid foundation for this program two years ago, when we successfully aired “Virtual Reality and 360°. This year, due the audience’s strong interest, festival organizers decided to accept debut projects in the framework of “Fresh Look” that embrace a new cinema language, a combination of styles, computer techniques, graphics, animation, new genres and solutions, filming on phones, drones, 360-degree and VR cameras, AR, and more.

The 2021 Festival is comprised of the following programs:

2) ”Eternal values”, for films that reflect central themes of Russian culture and literature;

4) The theme of “Remembering the Holocaust in the 21st Century”. 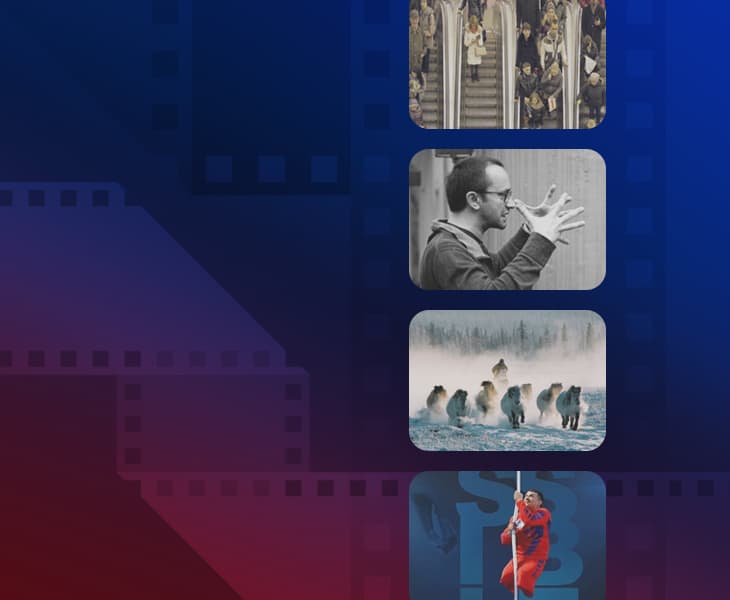 The festival is scheduled for October 18 to 24, 2021, and the main programs will be viewed in the Festival’s Online Cinema. The closing ceremony will take place in person in Manhattan. If the city won’t have a strict lockdown regime at the time, then the festival plans to hold other cultural events in Manhattan.

Taking into account the pandemic’s impact, the production period for film applicants is extended. Competitive and non-competitive programs will include films made in 2017-2021 that haven’t yet been screened in the U.S. or in other festivals in North America.

The organizing committee of the 14th RUSDOCFILMFEST, the Annual Independent Festival of Eastern European and Russian-language Documentary Films in New York, will make its selections from April 15 to June 30, 2021. 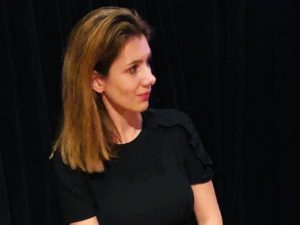 Concluding message from Creative Director of the Festival 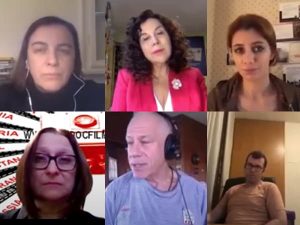 “Contemporary Documentary Filmmaking in the Era of COVID-19” Roundtable. 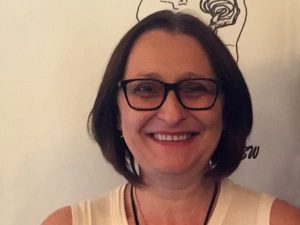 A word from the Festival Curator at the Opening Ceremony

eTVnet
View our Sponsors and Supporters →

Held annually since 2008 in New York, the festival is a non-profit platform promoting creative dialogue among documentary filmmakers.
read more »

Subscribe to our newsletter to get notified of our future events.